The Making of a Modern Elder

When you first meet Chip Conley, the odds are high that his horn-rimmed glasses will be on the top of his smooth head. All-day long, they go back and forth like louver window shades—head to his eyes and back to his head. I suspect even when he’s not trying to read something, he’s scanning the fine print in the world around him. Call his shifting glasses the perfect Baja metaphor for seeking truths that live just outside of view. Like the title of one of his favorite books, Chip Conley is a Man Searching for Meaning…and wisdom…and perhaps to stand up a little longer on his surfboard.

Chip Conley, 59, lives in El Pescadero, Baja California Sur—a beachfront paradise nestled poetically between the Pacific Ocean and the Mexican desert. For the uninitiated, he is at the forefront of a rising movement to transform how we think about the second, third, and fourth chapters of our lives, or as he puts it, “our journey to grow whole, not old.” He is the founder of the Modern Elder Academy, the first Midlife Wisdom School of its kind, which, thanks to Chip, are words that have now become part of a new emerging lexicon.

I have to believe the young Stanford grad never saw it coming.

Of course, if he was paying attention, there were clues. At 26, Chip was a driven entrepreneur who was busy taking on the world. Against all conventional “hotel wisdom,” he took an inner-city motel and turned it into the 2nd largest boutique hotel brand in the world. He also went and named his company Joie de Vivre Hospitality—an impossibly hard name to say. New companies don’t do that.

But, Chip did. He wanted his company’s name to reflect its mission to “celebrate the joy of life.” And while you might be tempted to call this a small detail, I’ll call it a defining moment in his life—a simple act that reflected a philosophy that you call yourself not by what you do but how you choose to live (a seed of wisdom that would blossom years later at the Modern Elder Academy).

After 26 years, Chip sold his company and then accepted an invitation from the founders of Airbnb to help transform their home-sharing start-up into the world’s largest hospitality brand, first as a mentor to the founders, then as head of Global Hospitality & Strategy. From that experience, Chip wrote his fifth book, Wisdom@Work: The Making of a Modern Elder, which became the framework for the Modern Elder Academy, which he founded in 2018.

Of course, that’s the highlight reel. I suggest you do a Google search if you want a more detailed account of his life. You could also visit the Academy’s website at www.modernelderacademy.com, or read his daily blog, The Wisdom Well, a practical shot of inspiration for your morning (which I am grateful to help edit).

The truth is, no matter how many articles you read, you’ll only be getting a part of the man. Chip is many things, none of which fit neatly into a box: hotelier, author, leader, social entrepreneur, mentor, student, surfer, disruptor, incubator for social activists, sage, poet, turtle protector, spotter of breaching whales, friend, partner, father, son. Add it all up and you’ll find a man who follows his curiosities wherever they lead, using the wisdom earned throughout a lifetime of experience to guide him.

Most of all, Chip is a man who continues to celebrate the joy of life in service to a better world.

As a grateful, two-time alumnus of the Modern Elder Academy (you can read my account here), I was honored to share a virtual beer across a scenic 1,200 miles of internet highway. While he sat with a cold Corona on his Baja porch overlooking the Pacific Ocean, I changed the screensaver on my computer screen, then asked him a few deep (and not so deep) questions, some of which even had to do with getting older.

What advice would you have liked to have given your 25-year old self?

First off, let me say thanks for these provocative questions, Bill. One of the collateral benefits of founding MEA has been building deep, nourishing relationships with people like you. I guess that’s a proper segue to my answer to this question: my advice would be to nurture your friendships as if they’re some of your most valuable assets. Most of us midlife haven’t invested enough in our “emotional insurance,” the people who are there for us on our rainy days.

What 1 or 2 books would you gift to a young person starting out in life?

Well, as you mentioned in the intro, Man’s Search for Meaning has to be one of the two books as it helps one know that character can prevail over circumstances. To lighten things up, the second book would be Dr. Seuss’ Oh, The Places You’ll Go. I particularly appreciate the Burning Man video reciting this fun and insightful book.

Conversely, what’s the wisest piece of advice someone from a younger generation ever gave you?

Just last week, my 8-year old son, Eli, suggested I “listen to your mom…she’s been around longer than you.” If only Eli would take his own advice.

We live in an era in which we’re going to live longer than past generations. Still, power in a digital society is moving younger, and the world is changing faster which means many people in midlife are feeling anxious and irrelevant. This new reality has led to a 50% growth in the midlife suicide rate in the past 20 years, along with a little intergenerational warfare, as evidenced by the “OK Boomer” meme. My experience, being twice the age of the average employee at Airbnb, led me to be called the “Modern Elder” of the company, someone who was supposedly as curious as he was wise.

When it comes to elders in the U.S., it's no longer about “reverence,” but “relevance,” which means you better be open to being a part-time intern, part-time mentor.  Nowadays, life-long learning allows you to understand the context for how to offer your wisdom.  I created MEA because I believe a new kind of worker is emerging in the workplace—not the “knowledge worker” that management theorist Peter Drucker pointed to 60 years ago. In a world awash in knowledge, a new “wisdom worker” has emerged—a valued ally to brilliant young technologists. Down in Baja, we’re “minting” wisdom workers at the Modern Elder Academy.

What is liminality, and how does it play into your mission at the Modern Elder Academy?

Liminality means to be in transition. It can be an awkward state like puberty or adolescence. What’s not talked about much is the fact that adulthood is full of all kinds of transitions from empty nest syndrome to menopause to career changes to divorce and, yet, we have precious little in the way of rituals or schools and tools to help midlifers through these normal transitions. At the Modern Elder Academy, we honor the midlife transitions and use them as a pathway to bring more meaning to the next chapter in life.

You coined the term Midlife Wisdom School. What does that mean?

I’ve spent a dozen years being an occasional teacher at the Esalen Institute in Big Sur, the U.S.’s first personal growth retreat center created in 1962. Today, there are hundreds of such retreat centers around the world, but that category doesn’t really define the “Midlife Wisdom School” that we’ve created. First off, we focus exclusively on the midlife life stage which is a 20th-century phenomenon as U.S. longevity grew from 47 to 77 during that century. Secondly, we’re focused on helping midlifers mine their mastery and wisdom. We believe wisdom isn’t taught; it’s shared, so we do our best to create socio-economic diversity in our cohorts of 16-20 students each week. Finally, we have a curriculum and workbook based upon our MEA point of view. Most retreat centers are facilities, but not facilitators. We’re both, which is why we offer a certificate to our graduates.

How do you see the Modern Elder Academy evolving in the next 10 to 15 years?

Like Esalen did for personal growth retreat centers, I’d love to see MEA be the catalyst to maybe 100 midlife wisdom schools popping up around the world in the next decade.

What three cultural or historical figures (dead or alive) would you invite to a dinner party?

I’d love to have Carl Jung, Abe Maslow, and Margaret Mead for dinner, where we’d talk about the human condition.

What book is currently on your nightstand?

What are you curious about these days?

I’m curious about how we create a more civil and holistic society, especially in the U.S., where things seem to be so divisive. I notice this more than I used to, given I live in Mexico more than half the time these days.

What’s a quote you wish you could put into practice more?

Frankl’s quote: “Between stimulus and response, there is a space. In that space is your power to choose your response. And, in your response lies your growth and your freedom.”

What album would you bring to a desert island?

Wouldn’t bring one. I would just listen to the waves.

In a nod to the MEA, tell us something we really, really, REALLY don’t know about you?

I’m a great grandfather of a 6-month old while also having sons 8 and 5 while also being a gay man. I know…that’s a bit complicated, right?

What is the secret to aging well?

In the spirit of the Oxygen Buzz mission, what does a creative and awakened life mean to you?

I’ll quote Oscar Wilde and suggest it means, “Be yourself. Everyone else is taken.” We spend our younger years doing our best to conform to norms. We should spend our older years getting comfy in our own skin (just as it starts to sag) and enjoy our “midlife awakening” (as opposed to the overly hyped “midlife crisis”).

I want to thank Chip for generously sharing his wisdom and experience with those of us who strive to live more creative and meaningful lives.

To find out more about Chip Conley: 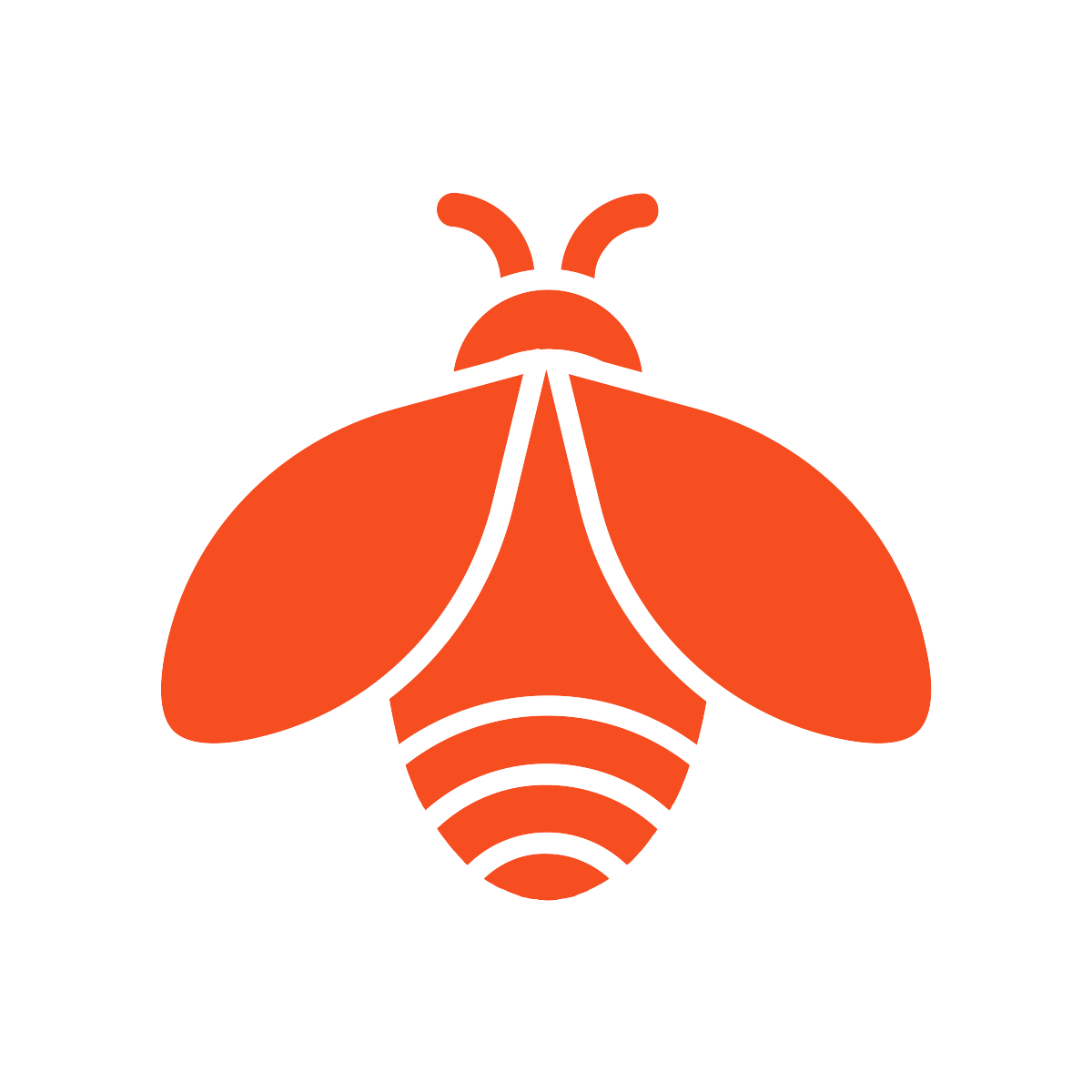 If you like what you read, help us spread the Buzz by sharing it with a friend. And don't forget to sign up here to have Oxygen Buzz content delivered straight to your mailbox each week.
← Previous Next →