We are honored to present our first guest post—straight from our Oxygen Buzz community. Meet Martha Hendricks, a good friend and beautiful spirit who has much to say, starting with her first post. Enjoy. We know we did.

I am relishing my old age. Truly. I’m not exaggerating. I am not just tolerating it; I am not just enjoying it. I am savoring it. Delighting in it. Reveling in it. Luxuriating in it. I am quietly but gleefully surprised by the gifts that keep appearing in my elderhood. Gifts like perspective. And calm. And a deeper gratitude. And letting go. And discovering that some of the most meaningful things that I've learned have come through suffering.

I didn’t even consider myself “old” until I faced turning 70. That’s when I first allowed the subject to show its face, even though at age 65 I had reluctantly started toying with the idea. I have had a remarkable denial system…I’m still working on that.

On my 70th birthday, I wrote a long and serious diatribe about the dreadful appearance of That Which I Could No Longer Deny. It began, “I hate being 70!” That really covered it, but my dismay and my angst about becoming“old” demanded much more than four salty words. I filled several pages with my recriminations and my growing awareness of the impossibility of stemming the tide and the gross unfairness of it all.

Even as I slowly made some uneasy peace with my own aging over the next few years, I still lived in tension with the realities of growing older and older…and older. I was a billboard for the worst prejudices of ageism. I worried about becoming incapacitated, dependent and invisible. I had little good to say about getting older…and older.

Then, some months after I turned 76, I began realizing that I was falling in love with life in a whole new way. It only took me ten lines, at 76, to speak of changes that had mysteriously evolved without my even noticing them. Changes that I had longed for but found impossible to manufacture of my own accord. Perhaps it was the longing itself that paved the way. Perhaps.

I cannot deny, though, the discovery and the power of three people, three gurus who I came to think of as “my” people who were speaking out about ageism: first, a TED talk by Ashton Applewhite; then a TED talk by Dr. Bill Thomas; and last and definitely not least, a link to a delightful website called“Oxygen Buzz” and Bill Apablasa. I was ripe for the picking! And I was ready!

After a lifetime of working hard to live a good life, gaining some wisdom in both my successes and failures, I found that I hadn’t really had to do much conscious, intentional work at all in this relatively short span of six years. With age came changes that I had not anticipated. They just – appeared, surprising me with their quiet and mysterious arrival.

So it was that the changes that surprised me, that subtly arrived over time, became gifts that I hadn't expected; gifts that I hadn't found by searching for them. Delight had quietly found its way into my life over six struggling, questioning, wondering, longing years. And it has been delicious.

Now, in this newly refurbished life, having reached 77, I relish the deep, quiet calm of my spirit. It's a calm that I cannot manufacture but which is simply there. It is the foundation of most days (perfection eludes me…), unlike those days which used to be too full of angst and insecurity and indecision. This amazing calm is not just deep; it is deeply grounded, rooted firmly in the soil of experience and reality and my longing for a greater peace of mind.

I relish the enjoyment of sharing the long histories that I have with family and friends. I am fed by our telling the stories of our lives together, laughing and sighing and smiling and sometimes weeping over every “Remember when?” Our stories, so long a part of who we all are, have become balm for the soul. And the stories tell me who I have been, the good of who we have been, and the oh-not-so-good places that sometimes starved our souls. Regret and forgiveness have become comfortable companions.

I relish the discovery, hard-won, that I could survive the death in 2013 of my beloved husband, who was my soul-mate and best friend. I now know that even suffering, especially suffering, remakes us if we grasp its power to refine and heal us. So few things frighten me now. I have been to the depths and survived. I will likely survive the next loss that is going to appear. I am more resilient now, softer around the edges. I know from experience that grace lives in the midst of suffering and loss. And as favorite writer Anne Lamott says, “Grace always bats last…it just does.”

I relish the deepening gratitude that has, I suppose, been with me always in some ways. Yet it was so often pushed to one side when life disappointed me and I failed myself and others. With the coming of a few physical limitations, I have had to make a choice: grouse about my body (or sometimes my mind…) or smile (even laugh!) at how good life has been and how good it can still be.

And I relish the new hunger that I have found for discovering who I am yet to become. My purpose on this earth is far from done. What quietly profound surprises await my discovery? Ah, the possibilities! “The teacher comes when the student is ready,” the saying goes. I'm ready.

I recently learned that the 70’s are the second happiest decade of life. And that the 80’s (believe it, friends…!) are the first!! So I’m going to relish as much in these years as possible, because they’re the last years that I’m going to have and I want them to be smashing! 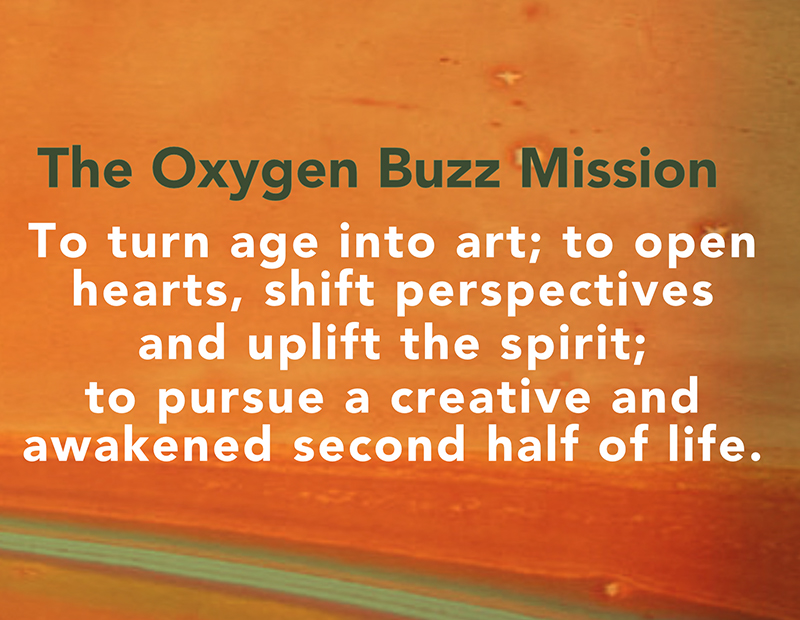